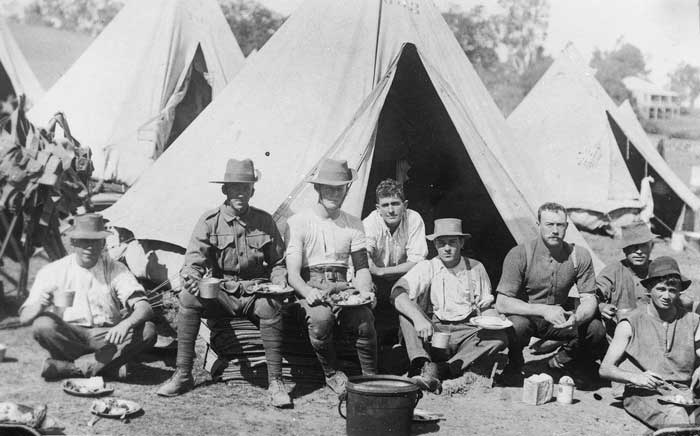 In September 1914, Talma Studios set up a tent in the soldier’s camp at Enoggera, Queensland. Talma Studios were there to take a photograph of each soldier in the camp for publication in the newspaper. Such was the demand, Fegan Studios also set up a tent for the same purpose. Kit was provided for those who had not yet been fitted out, so that every man’s portrait would appear in uniform.

They could not have imagined in 1914 that the portraits would continue to be published in The Queenslander newspaper until the end of the war in 1918, and that there would eventually be nearly 30,000 photographs of young men, off to war. This was also only around half of the number of Queenslanders who served, as not every soldier was photographed before embarkation.

The work of photographing members of the Expeditionary Force for the "Queenslander" is proceeding rapidly at the Talma Press studio tent in the infantry and artillery sections at Enoggera. In order to facilitate operations a second Press studio has been established in the Light Horse lines by Mr. J. W. Fegan, and this is now in full swing. Uniforms are provided for those who have not yet been fitted out, so that every man's portrait will appear In the official setting.

Publication of the pictures will begin in the "Queenslander" as soon as sufficient photographs are in hand. It. will be impossible for the whole number to appear in one issue, but they will be spread over as few weeks as possible. A number of interesting snapshots of the camp and its occupants at work and at play have been secured, and will be published in this week's "Queenslander."

The soldier portraits were then published in Pictorial Supplement of The Queenslander newspaper, a weekly summary and literary edition of the Brisbane Courier (now the Courier Mail). Throughout the years 1914-1918 this was regularly filled with many pages of soldier portraits, photos from the war front and the home front, showing all aspects of life in Queensland.

This large collection of photographs also enabled The Queenslander to promptly publish the portraits as soon as the casualty lists were issued. Photos were re-published as reports of wounded or missing soldiers were received and again as pages were created as a Roll of Honour. 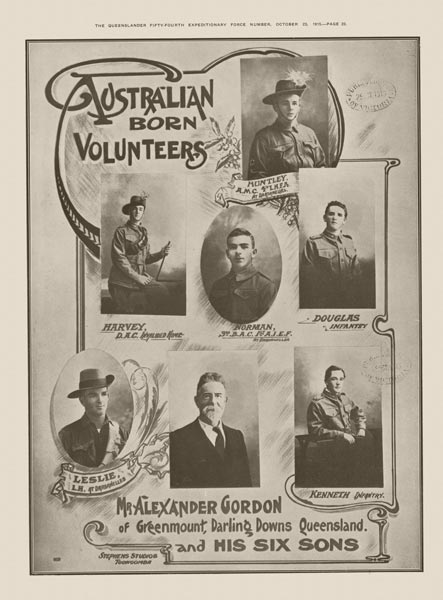 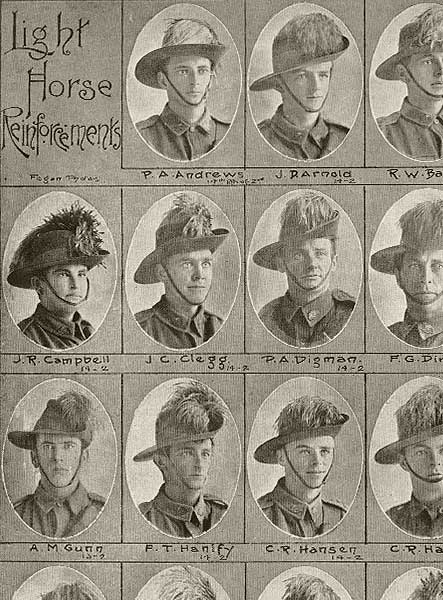 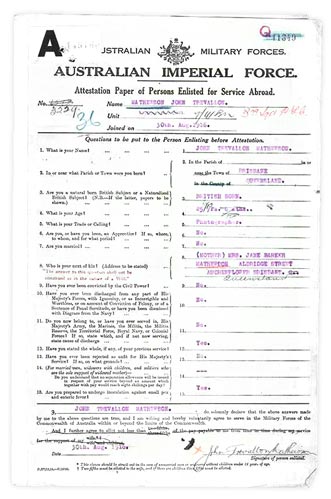 State Library has digitised all of the soldier portraits in The Queenslander and has made them available online through One Search, our catalogue.

The project to make these portraits available online has been aided by a team of volunteers who have worked tirelessly to assist State Library staff. We thank them for their efforts and assistance.

There are nearly 30,000 portraits in The Queenslander and nearly 30,000 family stories; of husbands, fathers, brothers and sweethearts. Is someone from your family one of these soldiers? We’d love to hear your story. 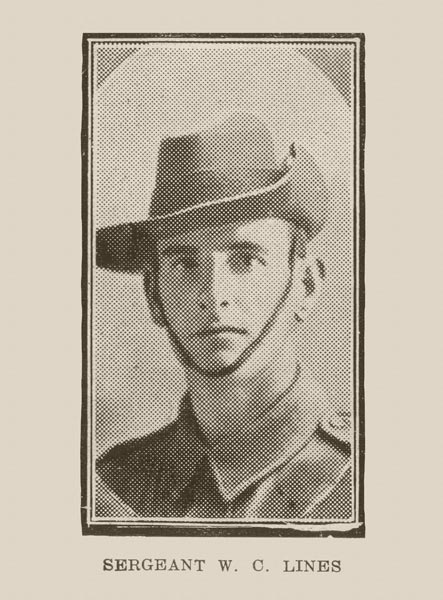 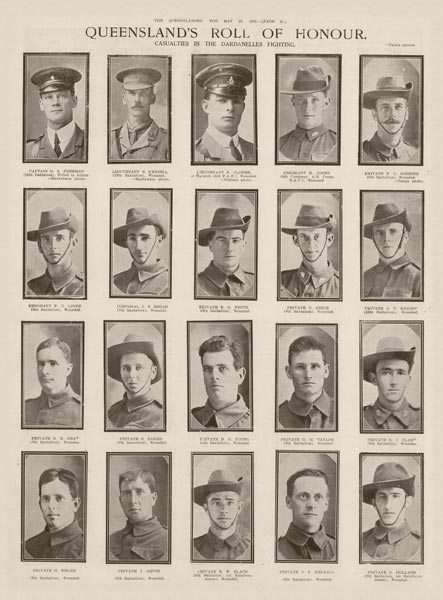 William Charles Lines, a New Zealander, who enlisted in Rockhampton, was wounded at Gallipoli on 25 April 1915, and is one of the first portraits used in a Roll of Honour in The Queenslander.

His story, like so many others, tells of a young man, a prospector, who fought with distinction for the duration of the war, was wounded more than once, and returned to Australia at the end of the war to pick up the threads of his life. In his case, he returned with his wife Kathleen, who he met and married in London in February 1916, before he left to fight on the Western Front.

The portraits in The Queenslander included a caption of the soldier’s surname and initials, for example, W. J. Caton. In One Search, our catalogue, the best way to search for a soldier is by surname, including the word 'soldiers' in your search terms, and limiting your search to SLQ Collections.

Anyone can view, add a comment, and download for free a high resolution digital file of any of the portraits.

We are also working with the National Archives of Australia to match and connect the soldier portraits with their war service record on the Discovering Anzacs website. Not all soldiers can be matched, but where this is possible a link to their service record is also available in One Search.